Warning: count(): Parameter must be an array or an object that implements Countable in /home/customer/www/melfraser.com/public_html/wp-content/plugins/seo-wordpress/seo-rewritetitle-class.php on line 17
 Mel Fraser - Stunning Contemporary Stone Sculpture

‘Carving is easy, you just go down to the skin and stop.’

Mel Fraser MRSS is a contemporary sculptor specialising in stone. She has worked from a variety of studios in and around Cambridge since the mid nineties. She is equally at home working on abstract or figurative pieces and her work has been shown at numerous art fairs around Europe and New York, The Chelsea Flower Show, Marks Hall, Doddington and at On Form, the UK’s most prestigious sculpture exhibition devoted solely to stone.

Mel has worked in Carrara and Pietrasanta in Italy, at the quarries and stone yards in Kilkenny, Ireland and has a long collaboration with members of the Shona tribe from Zimbabwe.

Her work is held by collectors all over the world and a recent commission saw her work installed in Frank Gehry’s Opus Building in Hong Kong.

In December 2015 she finished working on a larger than life-sized piece of 3 figures in Kilkenny limestone for one of the UK’s largest trade unions, the GMB.

Mel is happy to consider commissions. 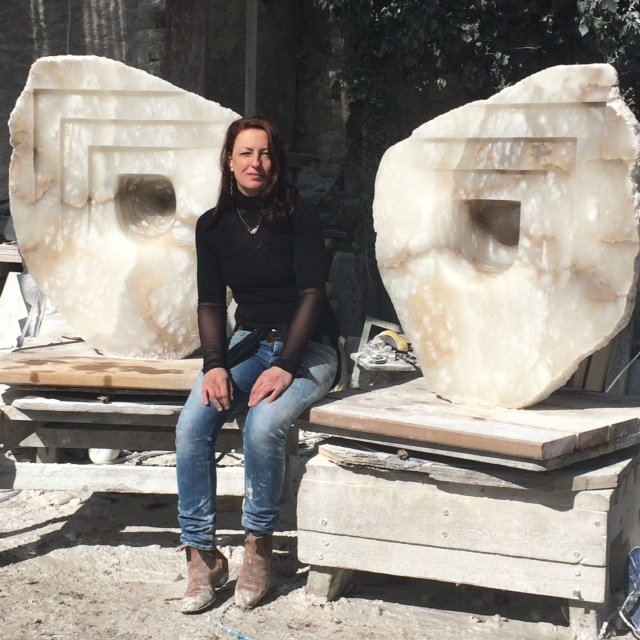 Mel Fraser with two Grand Evolutions carved from a single boulder of alabaster, commissioned by a hotel in Beijing. 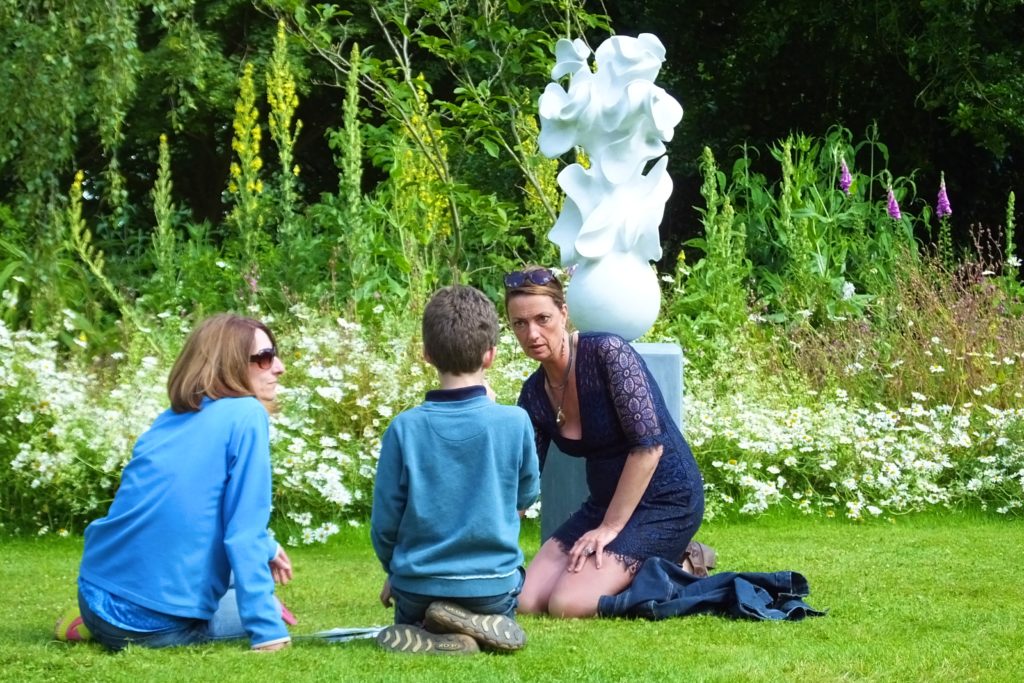 Mel, by Flusso I, at on form 16 with attentive visitors

It is with great pleasure that we can announce that Mel has been accepted as a member of the Royal Society of Sculptors so she can now put the letters MRSS after her name!

In 2019 Mel’s work will be shown by the Sheridan Russell Gallery at the Fresh Art Fair in Cheltenham, 26-28 April, by Cube Gallery at the Hampstead Affordable Art Fair, 9-12 May. Mel’s work will also be on show at the first Sculpture exhibition at Beaulieu  Hampshire from May 25th to July 14th, at Henley Festival with Hanoi Art House 10-14th July and at the Battersea Affordable Art Fair, 17-20 October. Several of Mel’s pieces will be at  Marks Hall Sculpture Exhibition in Coggeshall, Essex, from 20th July to the 1st September and for the second, third and fourth weekends of July at her studio as part of Cambridge Open Studios.

To discuss availability of pieces, prices, commissions or a visit to the studio, copy and paste melfraser.sculpture@gmail.com into your email programme. Mel’s studio is 5 miles east of Cambridge and can be visited by appointment.

‘Stone has its own life. Mel, with her exceptional talent and passion, lights the magic within, giving it the glory and soul.’ 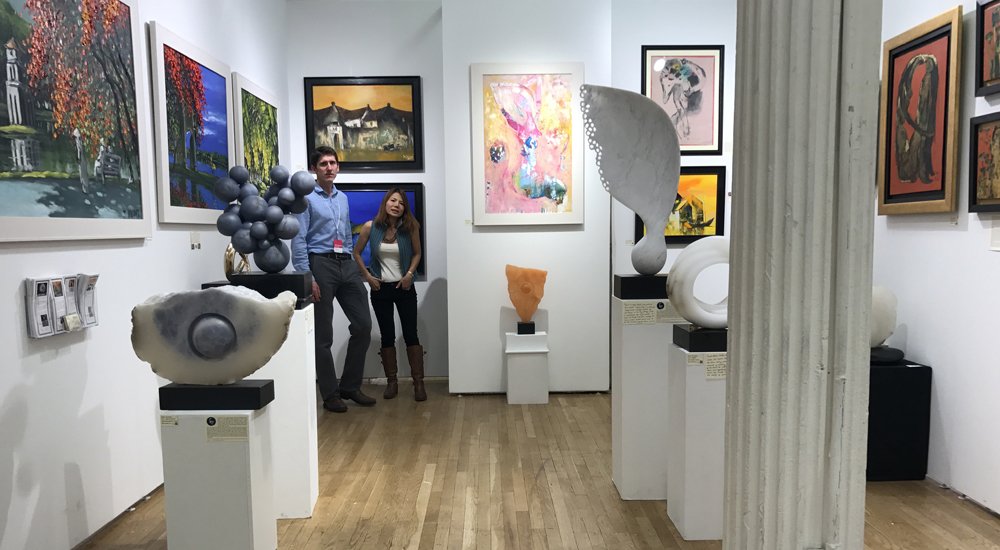